July 23rd 2018 - Following a sold out 25th Anniversary World Tour and Greatest Hits release, Grammy nominated multi-platinum pop-rock trio HANSON is beginning their next 25 years with a musical project unmatched in their history, String Theory symphonic tour and album set to launch this summer and continue through Spring 2019.

String Theory brings together an exciting collaboration of song craftsmanship and symphonic majesty, framing the established trio’s music through a special collaboration with Academy award winning arranger David Campbell, spawning both a world tour featuring the band playing live with Symphony Orchestras, and a studio album.

HANSON’s most ambitious musical project to date features songs spanning the band’s career, including some of their best known material (“MmmBop”, “Where’s The Love”, “This Time Around” and more) alongside brand new or never-released-to-the-public songs (“Reaching For The Sky”, “Battle Cry”, “Breaktown”, “No Rest For The Weary” and more) which tell a story of aspiration, despair, fortitude and ultimately a return to optimism.

Fans can discover String Theory both as an album and as a concert, with North American dates starting Summer 2018 and running through Summer 2019, and music released in Fall 2018.

The Tour brings String Theory to the stage with many leading symphonies at some of the most iconic venues, among them the National Symphony Orchestra at the Filene Center at Wolftrap and the Pittsburgh Symphony Orchestra at Heinz Hall, already announced earlier this year and on sale now. New dates include Los Angeles at The Greek Theatre, New York at the Beacon Theatre and Chicago at the Chicago Theatre, on sale July 27th. US and Canada dates continue throughout the Spring of 2019, with international dates to be announced later this month taking the tour to Europe, Australia, and more in Spring 2019.

String Theory is the next frontier for HANSON, telling a story of aspiration and fortitude against the odds. The music resonates with authenticity, coming from a group whose signature is never to chase trends, but instead to stay focused on their melodic craftsmanship, establishing themselves as one of the few artists of their generation able to continually reinvent and reimagine their music, which has helped them to maintain an active global fanbase over 25 years after their founding. 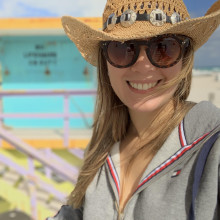 So happy for those who can attend this tour.... but PLEASEEE, add South American dates! :( 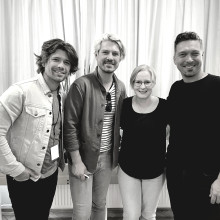 Exciting news, see you in Atlanta! Looking forward to the album pre-order options and European dates! :) 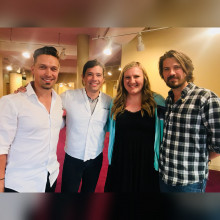 Super sad I don’t think any of these dates will work for me! Glad I got to see Columbus and have tickets for Tulsa already! Please add a Michigan show!! The Grand Rapids Symphony is awesome! 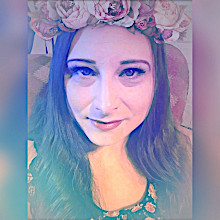 Man, I was hoping for something closer to me than Tulsa because I don't want to wait until May lol. Oh well. I'm still excited! 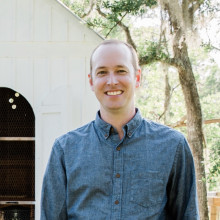 Somehow our comments  got split into multiple posts but...

I think the album will be released on or just before Oct. 13. 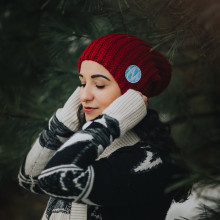 Boston will be a phenomenal time! 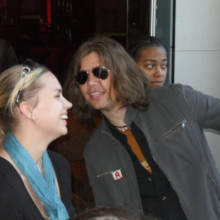 I was so happy you're coming to Cleveland! I saw that you were in Columbus the day of the show and I was so sad I was missing it! 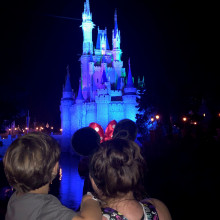 This gives me butterflies!  So excited to see you gusy in Louisville, KY and Tulsa next spring!! 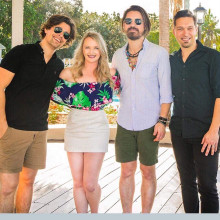 yassss im so excited! these dates have worked out perfectly and it looks like ill be coming back to the US to go to a whirlwind of shows in october and november! My bank account won't be happy but my heart is! bring on another year of Hanson! 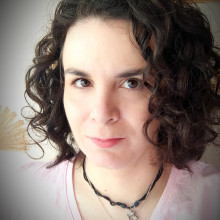 Any plans for Latin America???

Any plans for Latin America??? 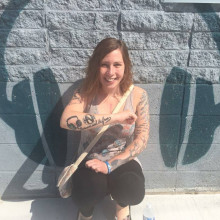 So happy to see Minneapolis and Chicago on the list!! 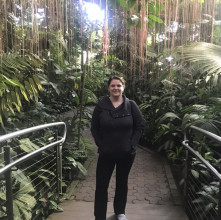 So excited for a Philly date! 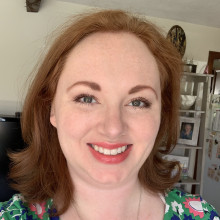 Thank you for adding Boston!!! Can’t wait to see this!!

WOO HOO!!! Finally a Chicago date!!! Will there be price ranges listed prior to presale? Just wanna have my ducks in a row. 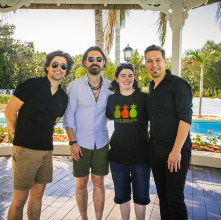 Yes!!! A Boston show!!! When do the pre-sale codes go up tomorrow?

OH I think I know how we're finishing out my sister's bachelorette weekend; String Theory here we come!! :) 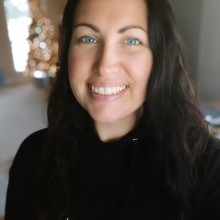 Yay!Tampa show! Makes me happy!! See ya there! 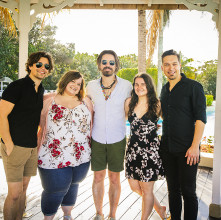 Katie Stone / Hampden, ME, US

I am so excited!! I can't wait to see you guys next week in Vienna, and then in Boston!

Do we happen to know when pre-orders for the album will begin? I know, I just want it all! :) 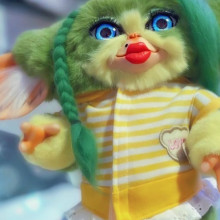 When do the pre-sale codes go up tomorrow?

Should be 10am local/venue time.  You can click the presales link under tour/events for more details. 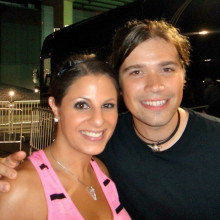 I predict Hanson.net will go down tomorrow when everyone all hops on at 9:59am lol 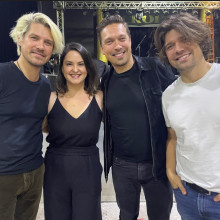 So exicited for Miami! Best vacay EVER: HANSON String Theory on Oct 25 and then Eat to the Beat!!! YAY

I was wondering what's the difference between the shows with the orchestra name (ie Nashville Symphony) and the ones that says Live with Orchestra. Before the first show in Columbus, Zac said in a blog "It should be said there are some cases where the we will play a shorter version of String Theory esspecially when we are playing with a named symphony as part of their POP sieres rather then a case where we are hireing the orchestra ourselves."...

From this blog, I'm assuming that the shows performed with the unnamed orchestra are the full version of String Theory because this is the orchestra hired by the guys. Am I right? 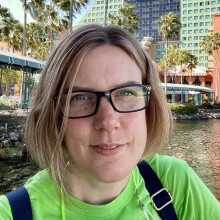