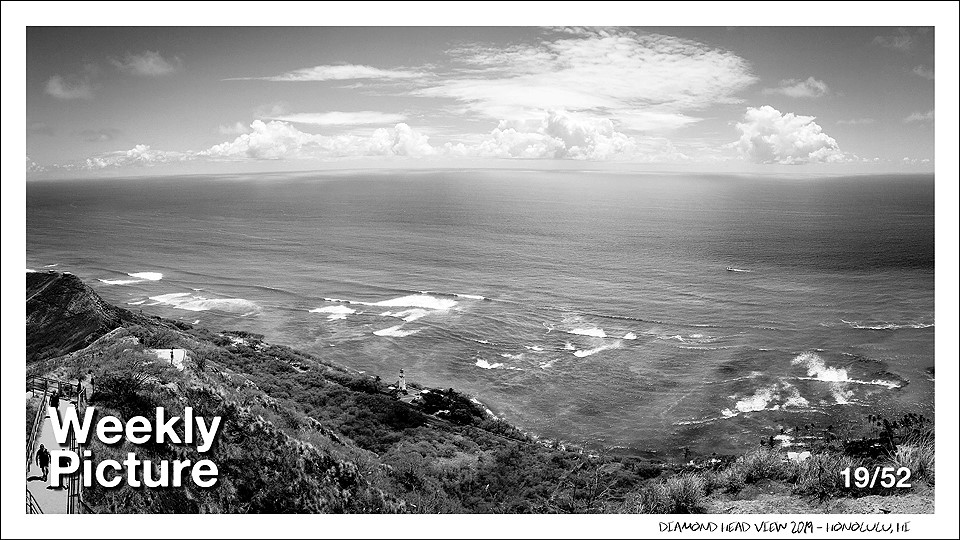 Thursday, we got the chance to check another location off the bucket list - playing our first show in Hawaii!  It felt great to be playing to so many people for the first time and to give so many mainland fans an excuse to take an island excursion.  With any luck, we will come back soon! What a cool thing to travel the world playing music. Spending the morning on Waikiki beach and the evening playing a rock show is not a bad way to go to work! This is a week where the firsts keep coming as we make our way back across the Pacific today, heading to another location we have never played before, Lake Tahoe. We have said for years we would do this job whether we were playing for 5 people or 50,000, but we tend to leave out that 5 people sure sounds a lot better surrounded by snow-capped mountains or an ocean side view.

For the moment, we are all focused on soaking in our surroundings, prepping to get back in the studio next week, and looking forward to what December and the Wintry Mix Tour will bring!

I couldn't be in Hawaii but I know you guys rocked from videos people posted on IG and Facebook. You did amazing as always! I'm excited for the Atlanta concert and can't wait to hear the new music and of course the Christmas songs lol. See you soon!

From a wet and windy UK I have loved watching all the videos from Hawaii,  It looked and sounded amazing! Can’t wait for you to come back to the UK! You guys rock!

I was literally having a conversation last night about this. We went to see Carly Rae Jepson at the Big E and she ended half an hour early. My husband thought maybe she was disappointed with the turnout. I said, "That's the great thing about Hanson, they put on a great show no matter the crowd size." We love how much energy you guys always give us fans!

Love all the pics and videos being posted out on FB & instagram - thanks everyone (social media is great for all who were unable to attend)  So happy that the shows were all a great success and everyone had such an amazing time.    Looking forward to what is next on the Hanson list - thanks guys!

Sounds breath taking at both places. Can't wait to see you guys in Kansas city Mo in Nov and again in Dec in Nebraska

oh my god hanson i love you guys  pray for my mom to.

I had to make a hanson.net account just to say this.  I don't know how to fully articulate how much this concert meant to me, but I'll try.  Let me preface by saying that I grew up in Hawaii my whole life.  While Hawaii is awesome, not a lot of artists ever perform here.  So my hopes of ever seeing a Hanson concert were slim to none.  I also have to say that I slowly drifted away from being a fan over the past 10-15 years.

So when I heard they were going to play at the Republik, I was...underwhelmed.  I thought my obsession fully died out.  But I knew I had to go.  I owed it to my teenage self.  Cut to the night of the concert: that first moment I saw them walk on stage, that distance I felt began to diminish.  A few songs in, I was dancing and singing along (to the songs that I knew at least.)   A part of me couldn't believe I was FINALLY seeing them live.  By the end of the concert, I never wanted it to end.  I could've stayed there for hours just listening to them.  It was the best concert I've been to.

Now here I am, and I think I'm a fan again.  Perhaps not at the level of obsession I had in 1997, but I feel something has changed in me since that concert.  Or perhaps, something has been rekindled.

I was literally having a conversation last night about this. We went to see Carly Rae Jepson at the Big E and she ended half an hour early. My husband thought maybe she was disappointed with the turnout. I said, "That's the great thing about Hanson, they put on a great show no matter the crowd size." We love how much energy you guys always give us fans!

That's what my brother likes about the band.. They bring the energy and get the crowd involved. My brother loves how personal they are with the fans. He wants to go to the next local show and bring his partner. He doesn't know their music.

Loved the Hawaii show. Thank you for coming to the island!

I’m born & raised in Hawaii! I’ve been the hugest fan of Hanson since Middle of Nowhere. I was made fun of my friends for wearing my Hanson T-shirt’s to school but look at me now! Finally got to see the boys of my childhood live & with my own eyes, not through cd’s or phone screen!

I had the time of my life & I can’t wait till you guys come back! Please don’t let another 20 years go by before coming back to Hawaii, don’t even let it be 5 years!

Also!!!! I got one of Isaac’s guitar picks! It landed right by my foot!

The videos from the Hawaii show were amazing - can't wait to see you in Kansas City in November. Then it's time to WINTRY MIX!

Thank you for coming to Oahu. It definitely was like a dream come true to finally see my fave band where I was born & raised. Though I have made the trip to Tulsa a few times, it was amazing to share this experience with my family. We enjoyed the show so much. Please come again :)